What a night, dam winds, had to get up in the middle of the Don fixed things up and we hoped it would still be there in the morning, didn’t get much sleep though. At least all was well in the morning. We had a free day today so didn’t want to go far with the winds as bad as they were, went into town and did all the things to see and down to the blow hole, oh I must say great dump point in town with a hose. Here are a few shots, the wind got worse down at the blow hole and was nearly blowing me over, freaky feeling. Loved it when I went to the butcher I could get my onions, etc for my meal to cook, great shop.

Big slabs of rock down here at the blow hole.

Big cracks, on such big slabs.

Seam of Quartz, wonder if there’s gold in there??

And there she blows.

Loved the name of this shop. 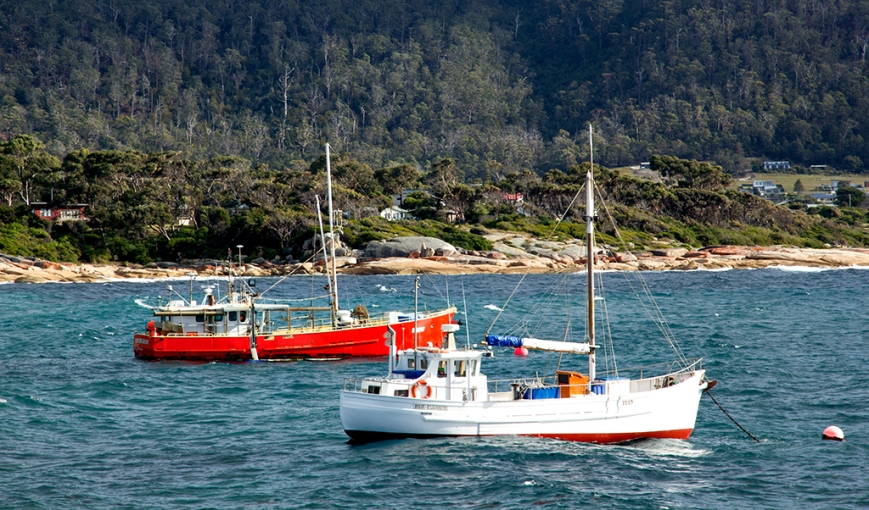 Harbour where we’re staying at Bicheno.

Eating out of Dons hand. 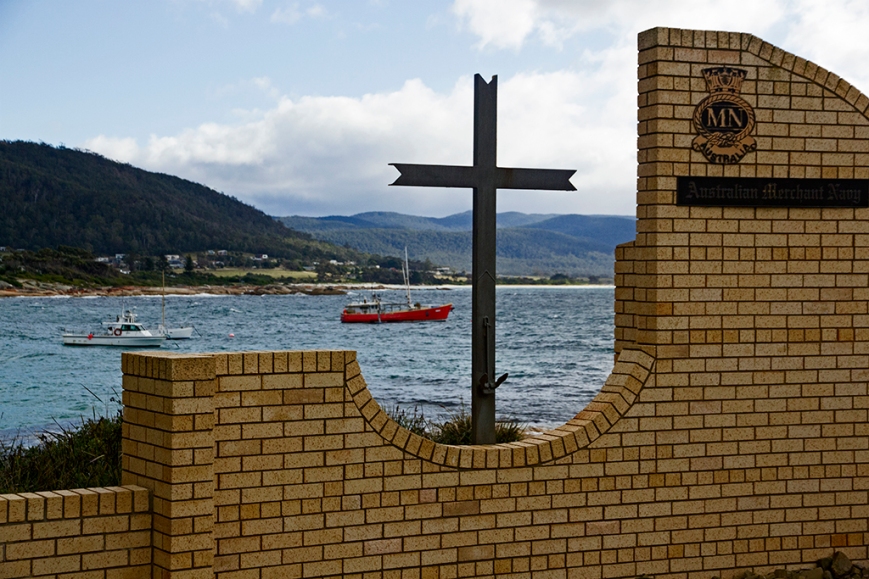 Had to go back when tide was higher and shes a beauty.

8.40 am and on the road again heading to Dunedin, going to the Albatross colony. Wow, what a shock heading into Dunedin and out to the Otago Peninsula, traffic, hate it, we have been bush to long, but called into see the Lanarch Castle, not impressed, you have to pay even to go into the gardens so we got out of there. Went to Sandfly Bay, sea lions were laying on the beach, the wind was sooooo strong and sooooooooooooo bitterly cold we chose not to go down the hill to the beach only stayed at the lookout. Very overcast as well. By the time we walked back to the camper it was drizzling and felt like sleet, bbbbbrrrrrrrr. When we got to Taiaroa Heads the winds haven’t changed, lovely drive around the water’s edge, which is the harbour of Dunedin. They are doing a lot of alterations to the walk ways as there has been some slips. But we still went where we could, got to see a couple of juvenile albatross’ soaring in the air above the light house. Saw Green eyed spotted Shags, they are really pretty and have some very funny antic’s, so did a couple of short video’s with my camera. We have just heard that there is storm warnings out for the area, no wonder it’s so windy and cold. It’s pouring with rain on the west coast, just been speaking with my sister-in-law. Went up to the Lodge Cafe and had a bit to eat, what a view on a nice day. Off we go, could not tolerate the traffic once we got back onto the road into Dunedin, so made the decision to high tale it to no 1 highway. Head to Moeriki Boulders. Got to the camping grounds, really nice place, $29 powered site, went to get some shots of the boulders before sunset, pretty dark but gave us the pre look before we come back pre dawn. We made a decision to head back onto Christchurch  after here rather than go Omarama way. We thought we saw lightning, but was speaking to the owner and it’s called Fire storm like auroras, real pretty.

This is on the road out to the Otago peninsula, lovely steep rolling green hills. 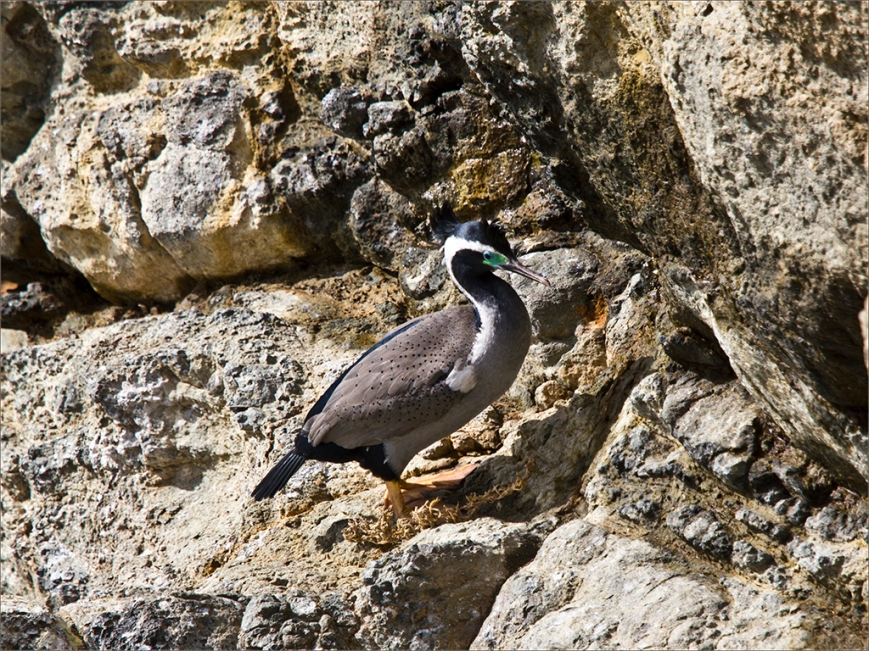 This Green Eyed Spotted Shag was really giving me a show with all sorts of dances trying to attract a mate.

All the photographs on this site are protected by copyright © Judy Hendren. All rights reserved.
Loading Comments...