We went back to Port Arthur Historical Site and finished off what we didn’t get to do yesterday, the place is so big. Today it was drizzling rain and bitterly cold.

In this way please. 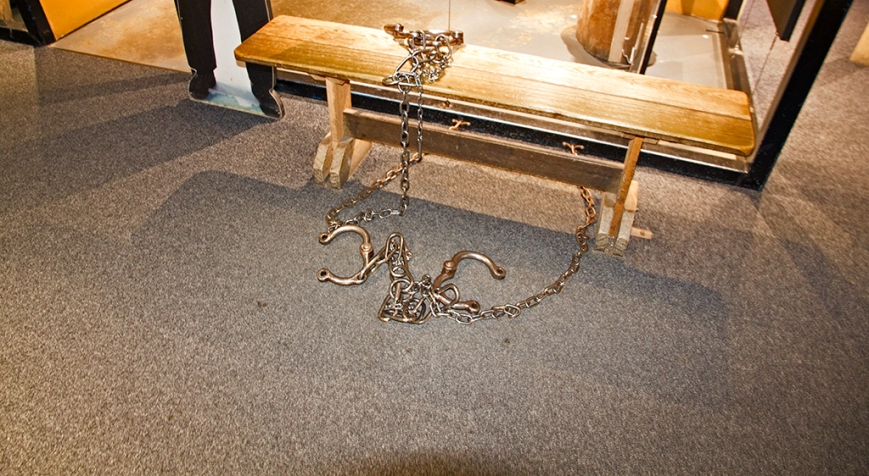 Convicts Chains, they are so heavy. 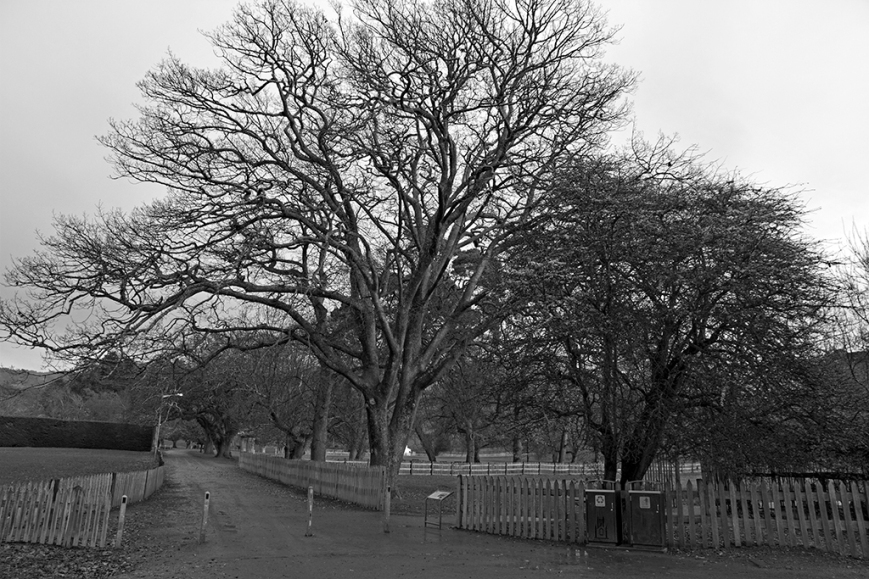 Cold and bleak, the trees are even bare. 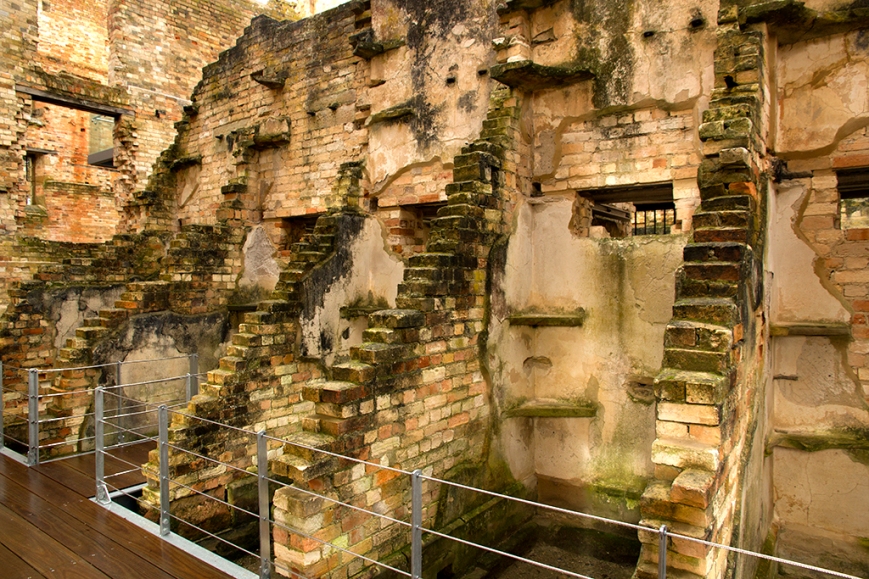 These are the size of the cells the convicts had, not very big. 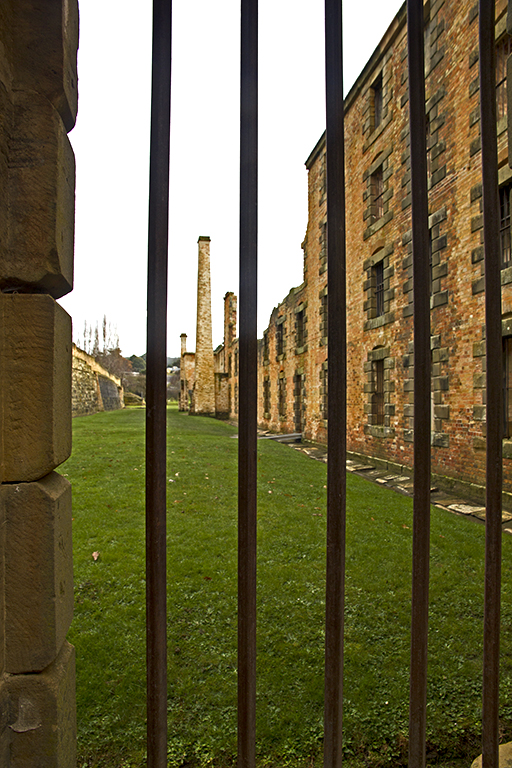 The view from inside the Penitentiary.

Pretty grand sort of Architecture of the sky lights for that era. This was on top of the Law Courts.

Guard Towers. Officers quarters up the back.

Guard Towers, The sandstone that these buildings are made of have  very beautiful colours. 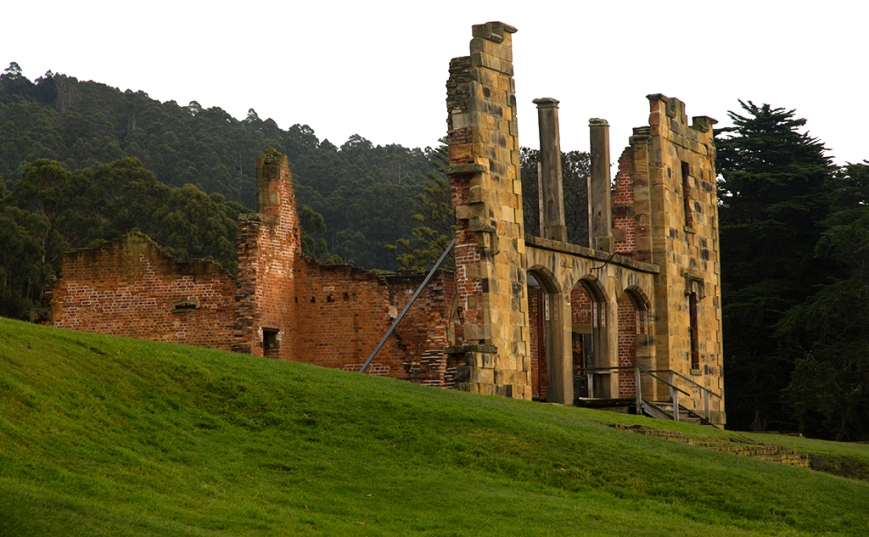 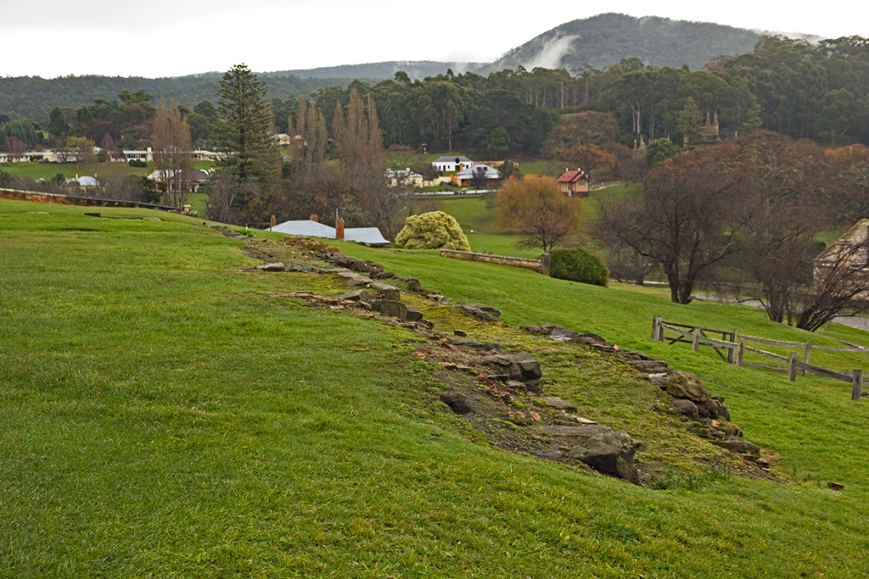 Looking down over the area where the two churches and houses are.

Looking inside the Guard Tower.

Inside one of the Ladies cottages, very small rooms and door ways.

Looking over to the Asylum and the Separate prison. 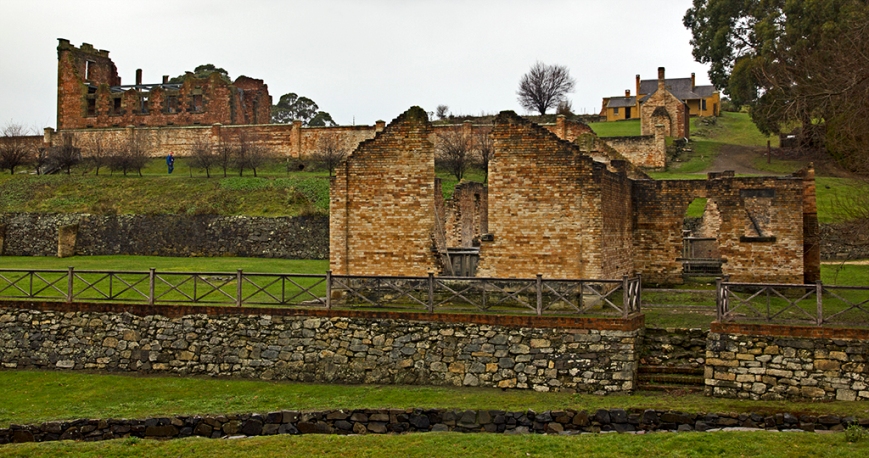 Another view of the Hospital ruins up on the left. Other ruins that I cant remember to name.

Inside the Separate Prison.

Doors to a small yard.

Big day at Port Arthur,  did the boat trip first then had a cuppa before doing the tour. That took nearly all day. Then we went around to Canarvon Bay and had our picnic lunch which was nearly 3 pm. Thank goodness for nibblies.

Boat trip out to the Islands, Isle of the dead and Pt Puer. 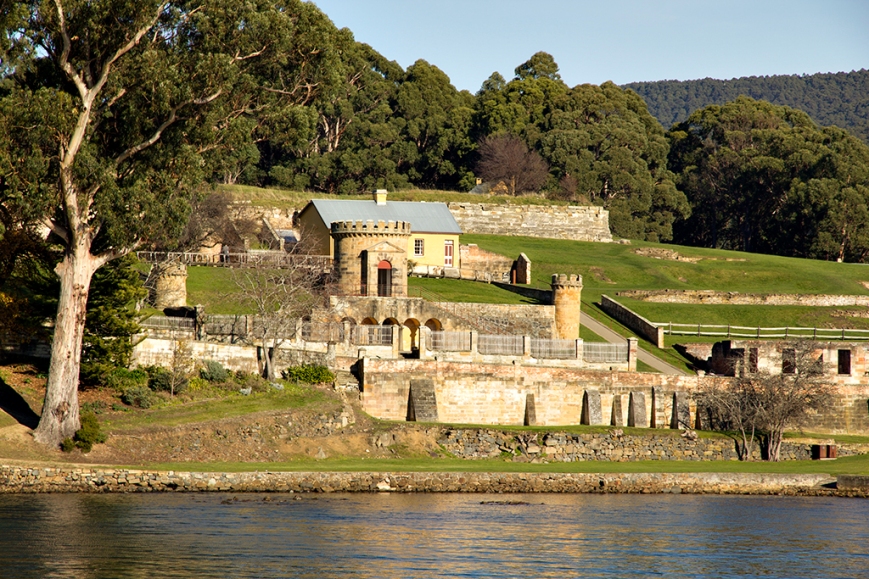 This is the Guards towers and the officers quarters up the back.

This is where the convicts made ships. 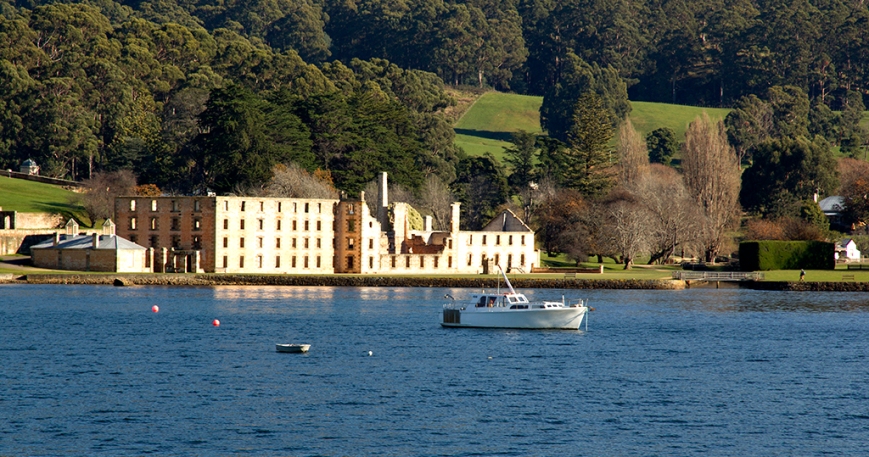 Penitentiary, Originally this was built as a flour mill. 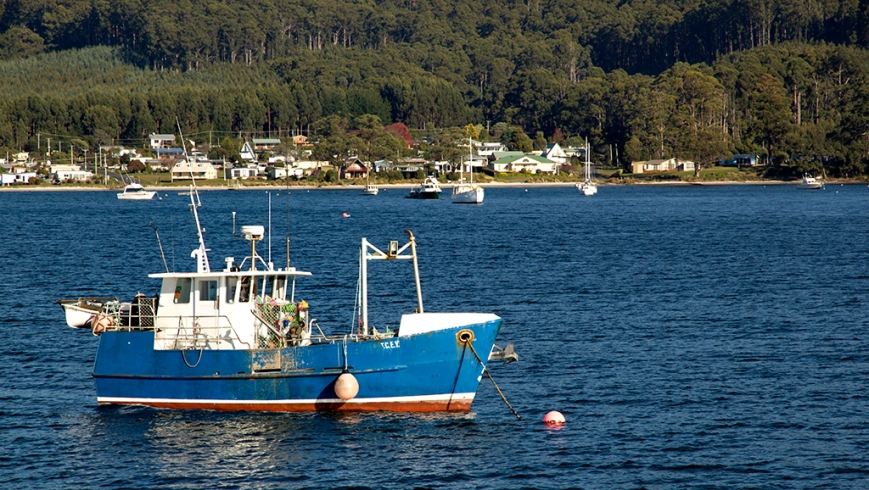 Looking across to Canarvon Bay

Cliffs of the Isle of the dead

The hospital over the back of the Penitentiary.

The Cafe where the Port Arthur tragedy happened in 1996 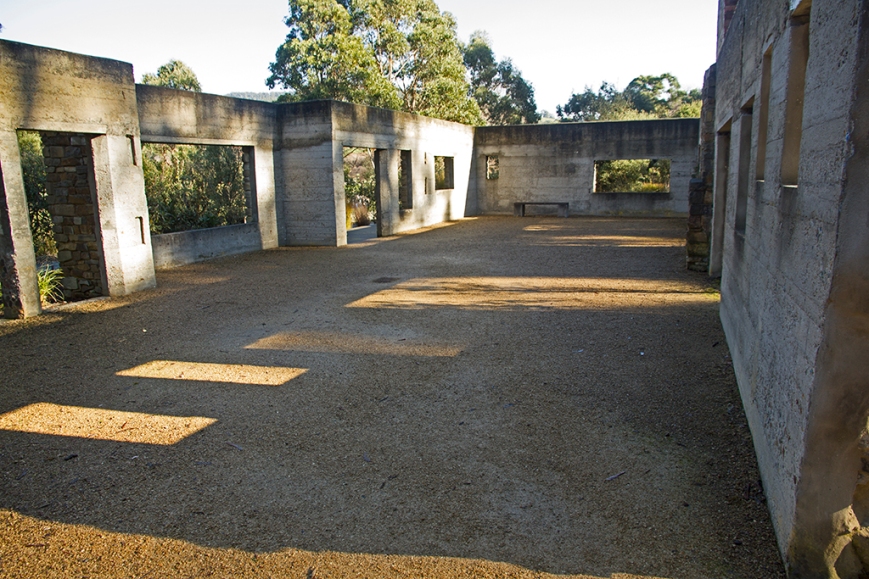 This is the serene memorial gardens dedicated to the victims of the tragedy.

All the names are on this cross in the memorial gardens, they are beautiful.

over view of the penitentiary, hospital up the back right hand side. 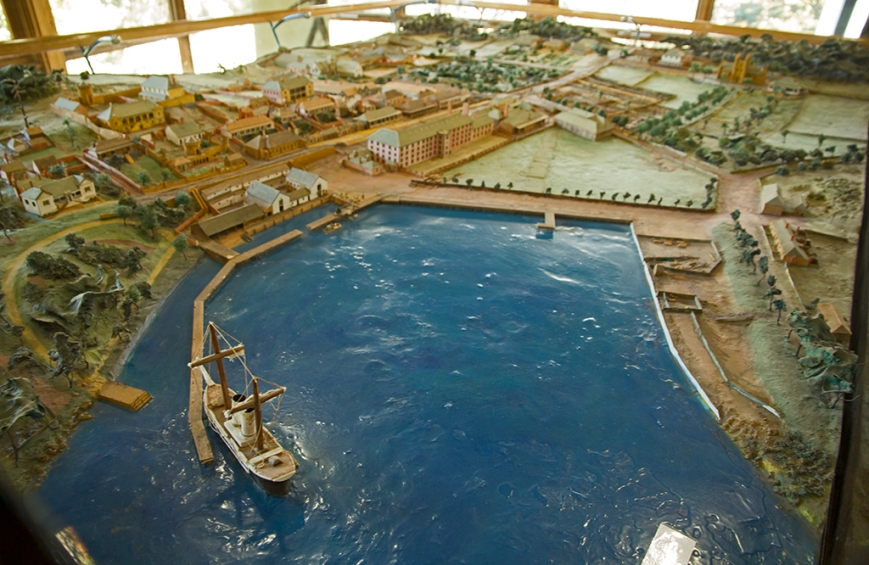 Canarvon Bay, we had lunch here, so peaceful.

All the photographs on this site are protected by copyright © Judy Hendren. All rights reserved.